The A Reserves were contested by Leura and Lithgow golf clubs at Oberon.
First up was the match between Hamish McCarthy of Leura against Frank Mantle of Lithgow. Hamish has had a good season but today found Frank Mantle in hot form and Frank went on to win 6/4. Last year’s Champions, Lithgow were off to a flying start.

Grant Webb of Leura then had the task of taking on the Lithgow Captain, Travis Cameron. Travis has done a wonderful job as Captain this year and he wanted to add another title to his belt. Grant though was in good form, and he knew that if Lithgow went 2 up then they would be in trouble. Grant played very well and ended up winning 4/3 and the match was tied.

The Leura captain was up next, Will Elliott. Will knew he had a battle on his hands with Tallan Egan, a very talented golfer. Will had to use all his expertise and guile to wear Tallan down and Will came home to win 2/1 in an excellent match. The Leura captain had put his team ahead and it was now coming down to the final match between the two heavyweights.

Two very experienced Pennant Players, John Hogan of Leura and Anthony Boza of Lithgow were not going to take a backward step. The match was extremely close, and John Hogan was able to just outlast the district captain and won his game 1up.

Leura, therefore, won the match 3 games to 1 and the Pennant had gone to Leura. Brilliant play by both sides and congratulations to Leura Golf Club – Champions of the A Reserves Pennants. 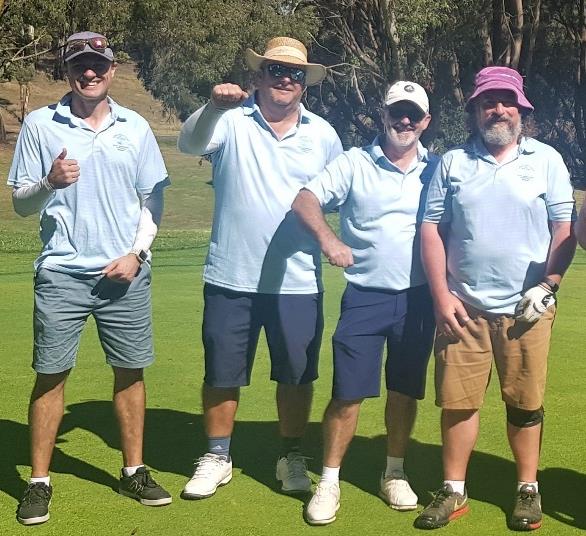 Henbury hosted the final of the Kortum Shield between last year’s Champions, Leura against Oberon. This was predicted to be a very tough and close encounter. Those predictions came true.
The first game was Angelo Garofano & Wayne Clayton against Dom York and Luke Christie. This was a titanic struggle. The experienced Leura Captain, Angelo knew the importance of a good start and the battle was on. This was the first game to go past the 18 holes. In a nail-biting finish, the Oberon boys won the 19th and Oberon were 1 game up in the final.

Brett Terry and Nick Ferrari (Leura) decided to take matters into their own hands and were determined to give Andrew Yeo and Blake Miller a good run for their money. In another gigantic struggle, the Leura boys won 1up. The final was all squared and it would now come down to the last game.

Phil Noble and Stephen York (Leura) are an extremely experienced pair in the Kortum Shield and they were up again Rob McGrath and Peter Hutchinson (Oberon). Could the Oberon boys beat last year’s champion pairing and win the Pennant for Oberon? The Oberon team were on a mission, and they knew it would all come down to this match. They combined well and eventually overcame their opposition 4/3 and the crown was going to Oberon.

Congratulations to the Kortum Shield Champions for 2022 – Oberon Golf Club